see the animation collection on giphy

I created this series of animations as an educational tool to explore word origins. A surprising number of words in the English language are named after a real or fictional person. These words are called eponyms, from the Greek “eponymos” or “given as a name”.

An eponym, almost by definition, has some kind of story—even if it isn’t the origin story, it’s got something where it got the eponym attached to it, which is a good enough story to be retold. For that reason, I kind of love them, and it starts a good conversation.
—Roman Mars

This project was initially inspired by the eponym-themed episodes of the Allusionist Podcast “The Ballad of Bic and Biro,” “Name That Disease,” and “Who’s That Guy?” I conducted extensive research into eponyms for each letter of the alphabet from A (Atlas) to Z (Zamboni) to land on a curated list of 26 words to animate. The animation series has been displayed as a responsive digital exhibition and now lives as a collection of GIFs on giphy. 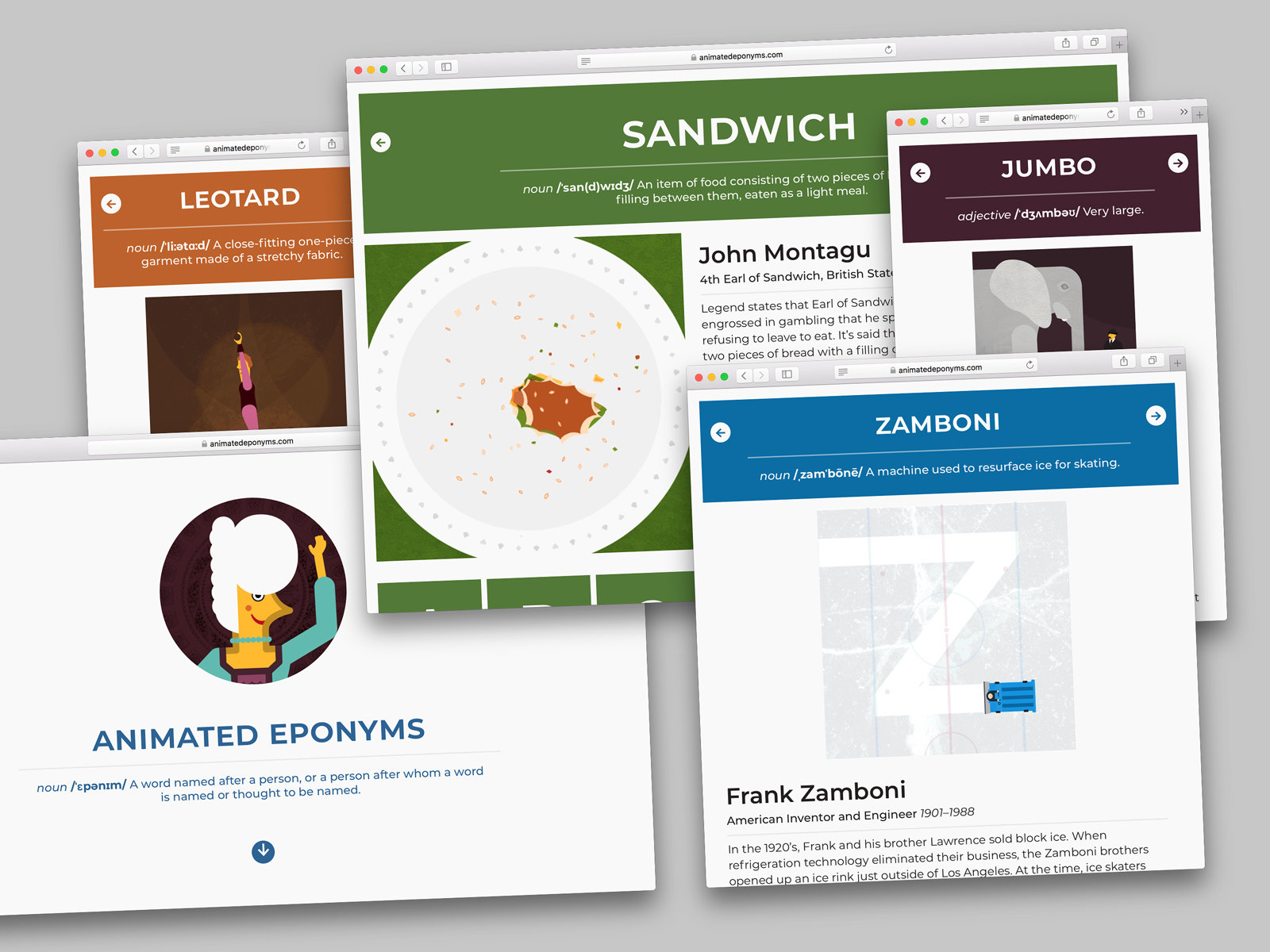